By Ellen Eisenberg, Executive Director of The Professional Institute for Instructional Coaching (TPIIC)

How many of us question learning from our failures? Do we learn from them or learn about them? What exactly do we gain from making mistakes that create our failures?

In a recent blog writer by Angela Duckworth (media@characterlab.org), she highlights research conducted by a postdoctoral fellow suggesting that success is not born of failure. In fact, the postdoctoral student and her colleague found the opposite. They found that failure “thwarts learning.”

The researcher and her colleague worked with 300+ telemarketers with 10 questions on customer service. They found the telemarketers learned from their successes but not from their failures. The researchers contend that when people fail, they become disenfranchised and apathetic, thus preventing them from learning. Their failure does not inspire or motivate them to learn from their mistakes.

Interestingly, they also indicate that the participants actually learned from the failure of others saying that those instances became teachable cases rather than learning from their own failures. I wonder if there is some ego involved in learning from others’ failures instead from one’s own. Is it a question of acceptance that failure occurred or is it an ego-driven response?

The researchers end with this opinion: focus on the successes by softening the failures rather than amplifying them. I think another way of saying this is to focus on the positives and hope others can replicate those instead of emphasizing the failures because we don’t want those to be repeated. While I can stand behind the notion of highlighting successes, I think we can all learn from those on whose shoulders we stand so that we can follow John Dewey’s advice, “Failure is instructive. The person who really thinks, learns quite as much from his [their] failures as from his [their] successes.”

What are some of the important lessons you learned from your “failures”? 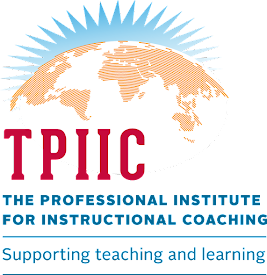 The Professional Institute for Instructional Coaching